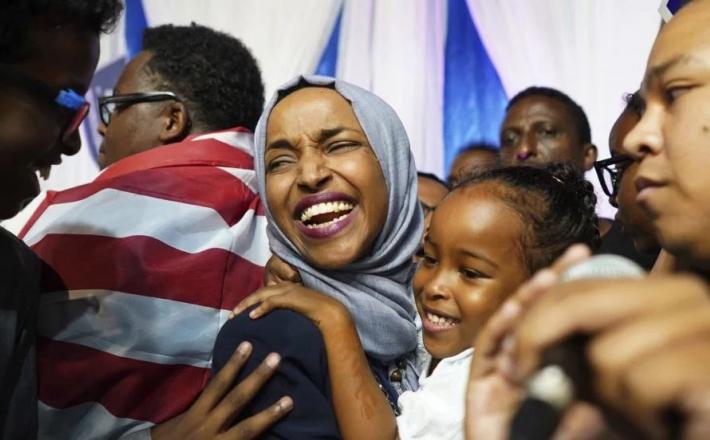 NPR's Lakshmi Singh talks with Palestinian-American Rashida Tlaib, who won her Detroit-area primary last week and runs unopposed in November. She's set to be among the first Muslim women in Congress.

Turning now to politics, we're going to talk with one woman who could make history this November. Congressional candidate Rashida Tlaib won the Democratic primary for John Conyers' old House seat in Michigan last week. Tlaib is running unopposed and is poised to be one of the first Muslim women to serve in Congress. She could be joined by Minnesota's state legislator, Ilhan Omar, who won the Democratic primary in her Minneapolis House district on Tuesday. She joins me now from member station WDET in Detroit.

Welcome. Thanks for speaking with me.

RASHIDA TLAIB: Thanks for having me.

SINGH: You're a daughter of Palestinian immigrants, you are Muslim, and you are seeking a seat in Congress at a time of heightened rhetoric from the White House that many Democratic and Republican critics argue are firmly anti-immigrant and anti-Muslim. Do you think your background will make it more of an uphill battle for you to make progress as a lawmaker in this particular political culture?