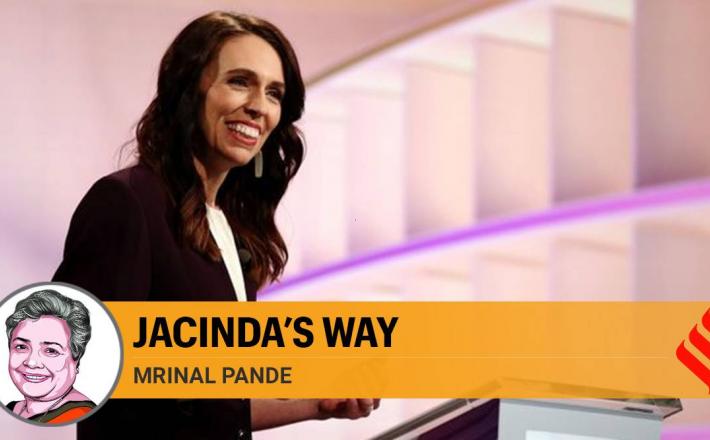 In our generation, the late Aruna Asaf Ali once told me, even emancipated women were secretly conformist. They took a certain righteous pleasure in saying they were in the political movement for freedom to support their father, brother or husband. Such indifference to the power differential between males and females within their families meant, she said, that women continued to accept male-defined hierarchies in mainstream politics after Independence. One now realises they were not the only ones.

Up until the new millennium, globally, democratic politics saw men inheriting the top post either through a politically-powerful family or the party. In 2020, a collective dream of women of several generations —leading with their own agenda from the front — has begun to take shape. It is most clearly visible in the rise of a leader like Jacinda Kate Laurell Ardern, voted in for a second term as the Prime Minister of New Zealand, with a landslide 64-seat victory for her Labour Party.

Click here to read the full article published by Indian Express on 30 October 2020.