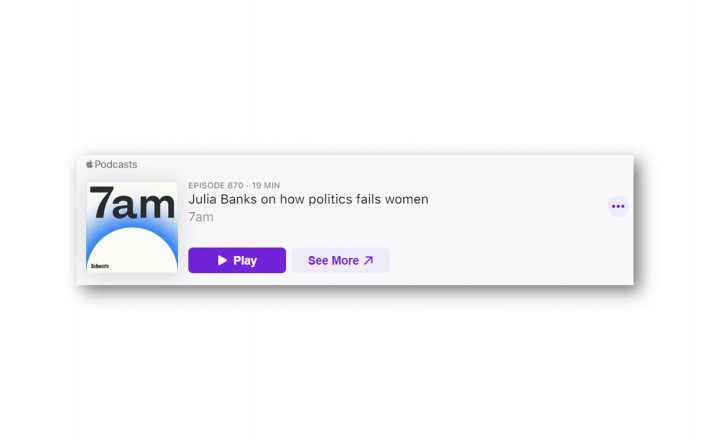 When Liberal MP Julia Banks quit the Morrison government in 2018, her resignation was cited as an example of how hostile the political environment can be towards women.

But Banks’ story and her resignation happened to coincide with a landmark report: Respect @ Work.

That report, and the changes it recommended, languished on the desk of the former government. But reform is now finally coming into effect and, in theory, should change the workplace for women.

Today, former politician Julia Banks, on the report she watched be pushed aside, and her hope that this year it’s finally going to change our workplaces for the better.