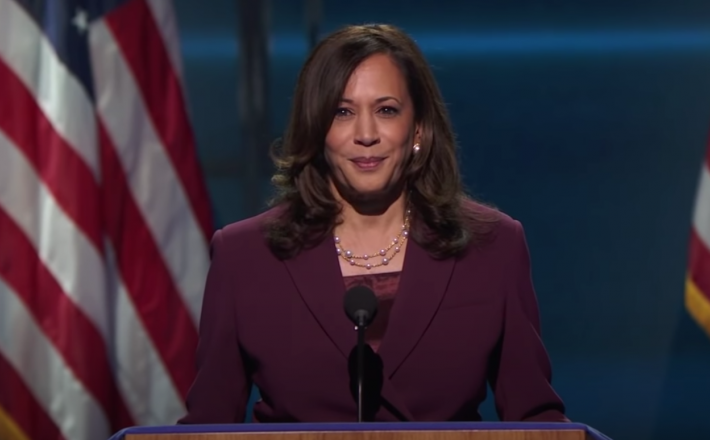 Senator Harris acknowledges the millions of women who were not included in the voting rights victory.

She states, Courageous American women had been organizing and protesting for seven decades to be treated as equal participants in our democracy, and their hard work finally paid off. After ratification votes from 36 states, it was official: Our Constitution would forevermore enshrine the right to vote for American women.

Senator Harris continues: That is, unless you were Black. Or Latina. Or Asian. Or Indigenous.

We cannot mark this day, now known as Women’s Equality Day, without remembering all the American women who were not included in that voting rights victory a century ago. Black activists such as Ida B. Wells had dealt with discrimination and rejection from White suffragists in their work to secure the vote. And when the 19th Amendment was ratified at last, Black women were again left behind: Poll taxes, literacy tests and other Jim Crow voter suppression tactics effectively prohibited most people of color from voting.

So although the centennial of the 19th Amendment offers a reminder that extraordinary progress is possible, it is also a reminder that there has never truly been universal suffrage in America.

The Vice Presidential candidate goes on to speak about fulfilling the promise embodied in the 19th Amendment.

Click here to read the full article published by The New York Carib News on 26 August 2020.