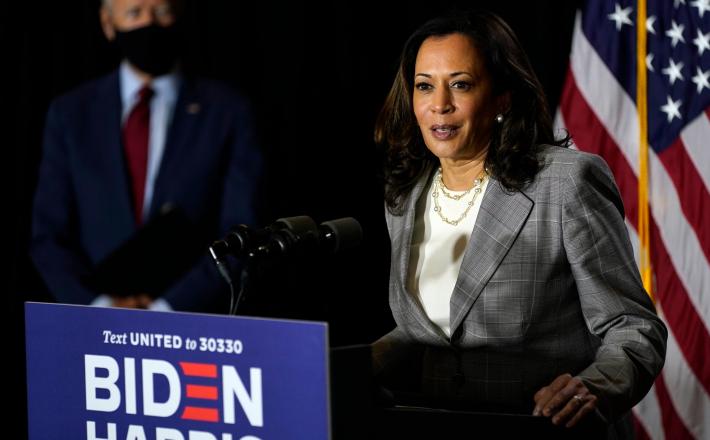 The force of women in the Democratic Party will be on full display Wednesday when vice presidential nominee Kamala Harris delivers her acceptance speech at the Democratic National Convention.

Harris looks to make history as the first woman vice president when the gender divide in U.S. politics has become a chasm that some experts said is building to the biggest voting realignment since Republicans captured the South.

The defeat of Hillary Clinton in 2016 and what some saw as misogyny in the race touched off a wave of activism further stoked by the #MeToo movement. As a result, women have become an increasingly formidable political force, though they still face hurdles running for office.Harris will be joined in Wednesday night's lineup by Nancy Pelosi, the first female speaker of the U.S. House and a top foil to President Donald Trump. Pelosi owes her gavel to the female candidates, campaign contributors and voters who flipped the House in 2018. Women could likewise be crucial to Democrats’ attempt to win the Senate this fall.

Click here to read the full article published by USA Today on 19 August 2020.