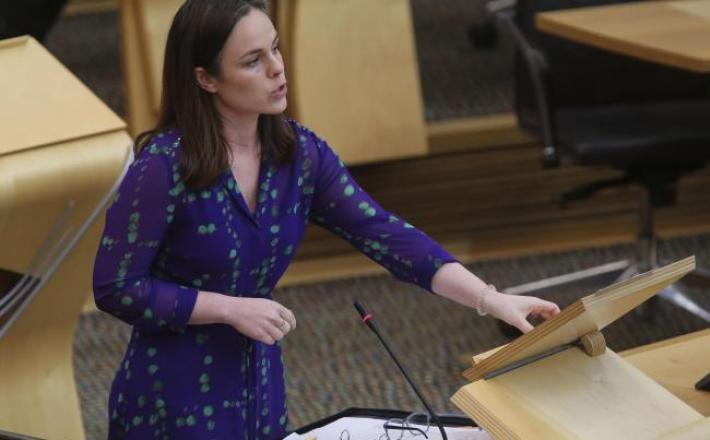 A FEW months back, a male Twitter user jokingly posited an idea for a new reality show, where people who know nothing about a given subject or skill would explain it to you. Perhaps to his surprise, the punchline came in the form of the replies. “That already exists. It’s called being a woman.”

So common is this experience that a word has been created to describe it: “mansplaining.” Some men object to the term, branding it as “sexist”, but the reality is that women are still routinely treated as though they have less knowledge and know-how than their male counterparts. And nowhere is this more obvious than in male-dominated professions, where women have to work twice as hard to be taken seriously.

So, it was no particular surprise when, speaking at the finance and constitution committee today, Tory MSP Alexander Burnett posed an almost comically condescending question to Scottish Government finance secretary Kate Fobes. “Whilst I totally appreciate your lack of business experience, do you understand why the low percentage error is neither insignificant nor insubstantial?” he asked, before offering to put a gold star on her reward chart if she answered correctly.

Click here to read the full article published by The National on 7th October 2020.