This kind of political violence against women must stop

This kind of political violence against women must stop 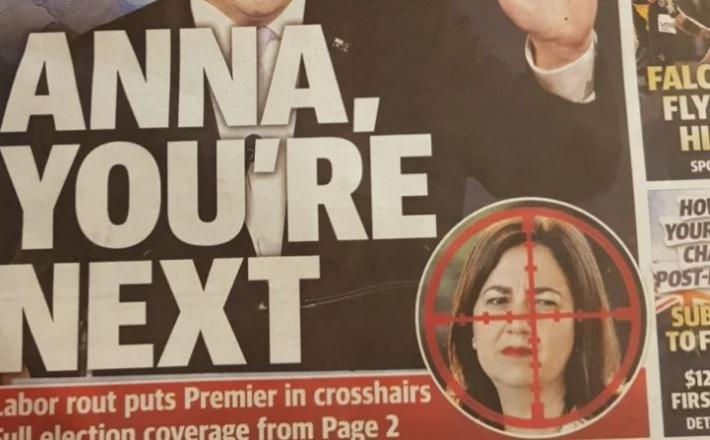 So called “political violence” or “violence against women in politics” is a specific thing. But before I give you the technical definition, let me just say that yesterday’s Sunshine Coast Daily front pagefeaturing Queensland Premier Annastacia Palaszczuk in the crosshairs of a rifle with the headline, Anna, You’re Next, is a pretty classic example.

From commonplace acts of harassment and sexual harassment, to misogynistic and sexist verbal attacks, much of it increasingly online, women in politics are consistently undermined — the entire point is to discourage them from being politically active. And that is what the anoraks who study this kind of (all too common) thing call “political violence”.

This isn’t just the rough and tumble of politics, as some would have you believe. This is highly gendered in its nature and women are specifically targeted precisely because there is a strong feeling amongst those who mete it out that women shouldn’t be active in the political arena.

Click here to read the full article published by Brisbane Times on 21 May 2019.