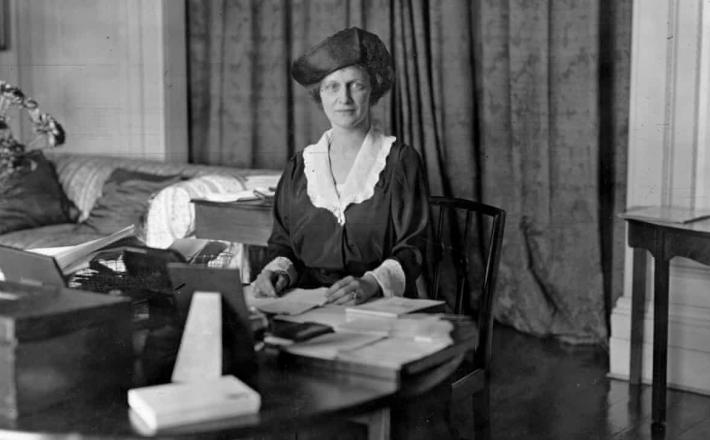 Lady Astor and Lord Astor returned to London from their American trip this evening. They had not come straight to London, but had gone first to Cleveden to see their children at their home at Taplow. This afternoon they went to see Lord Astor’s horse run in the Derby, and Lady Astor had only been home for a few minutes when she received a representative of the Manchester Guardian.

Her trip to America has been a most extraordinary success, and she is evidently still surprised at the eagerness with which people came to listen to her. She had gone over under engagement to speak at the Pan-American Convention of the League of Women Voters at Baltimore, and at one other meeting. It was not in her mind to conduct what really turned into a campaign of propaganda. On arrival in New York she addressed a meeting of the League of Women Voters and on the following day attended a banquet given by the English-speaking Union, at which Mr. Davis, the ex-Ambassador, presided. It was at these meetings that, in disregard of all the warnings given to her that the League of Nations was a most unpopular subject, she spoke out strongly in its support.

“You need not call it the League of Nations,” she said, “you can call it anything you like. Give it a new name every week, but for God’s sake give it a chance.” It was this message and her talk of brotherhood that stirred America to its depths and resulted in a flood of invitations for Lady Astor to address meetings all over the country. She is very pleased about the inference she draws from this.