A long way to go for gender equality in Nepali politics

A long way to go for gender equality in Nepali politics 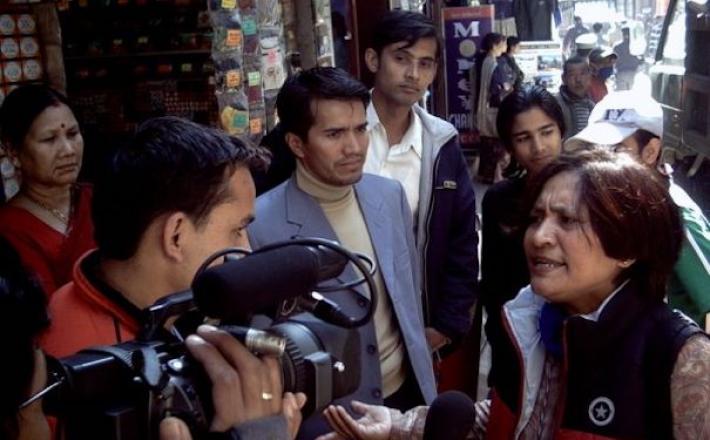 Nepal has progressive laws and quotas for women’s representation in politics, but patriarchy and gender discrimination run deep and influence the decisions of parties.

On April 28, misogyny in Nepal’s politics and society was on full display during a panel discussion at a Kathmandu college.

A young woman questioned the integrity of Keshav Sthapit, a mayoral candidate for Kathmandu Metropolitan City in the upcoming local elections. Sthapit, who has been accused of sexual harassment by two women in the past, sought to insult her.

“You are a nice lady but thutuno thik chhaina,” Sthapit said in a condescending and aggressive tone, accusing her of using inappropriate language. Wagging his index finger, the Communist Party of Nepal (Unified Marxist–Leninist) politician threatened to malign her by publishing allegations that she is a prostitute.

Click here to read the full article published by The Diplomat on 12 May 2022.