Men promised a woman for Ginsburg’s seat. Is that what women want?

Men promised a woman for Ginsburg’s seat. Is that what women want? 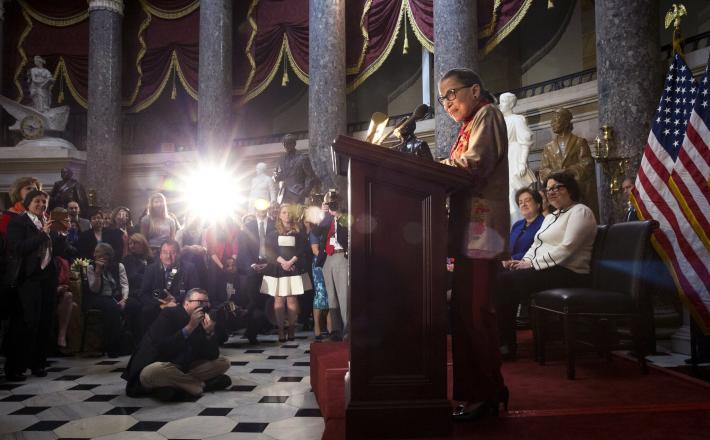 She was confirmed with overwhelming bipartisan support.

Twenty-seven years later, as Justice Ginsburg’s death roils the country and injects new uncertainty into an already bitter presidential race, one element is all-but certain: The country will soon have a fifth woman nominee to the Supreme Court.

Mr. Biden, now the Democratic candidate for president, has pledged to “make history” and appoint the first Black woman to the Court should he have the chance.

President Trump, who is expected to make an actual nomination this week, has made a similar promise. He, too, plans to name a woman — “a very talented, very brilliant woman.”

Click here to read the full article published by The New York Times on 23 September 2020.