"This is misogyny": The growing abuse facing women in Montenegrin politics

"This is misogyny": The growing abuse facing women in Montenegrin politics 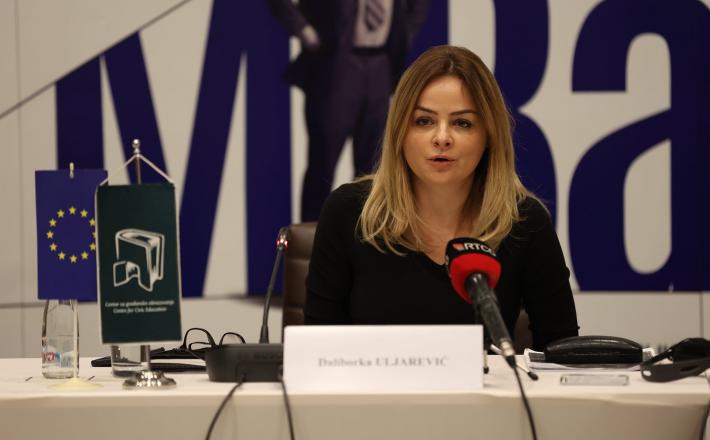 On both sides of Montenegro’s ideological divide, women politicians face sexism, abuse, and discrimination on a daily basis. And experts say it’s only getting worse.

Vesna Bratic and Draginja Vuksanovic-Stankovic sit on opposing sides of a deep ideological divide in Montenegro. Bratic is a cabinet minister in a shaky governing alliance that came to power in late 2020 with the end of three decades of uninterrupted rule by the Democratic Party of Socialists, DPS, only to collapse under the weight of infighting on February 4.

Vuksanovic-Stankovic is an opposition MP from the Social Democratic Party, SDP, and a critic of that government.

One is identified with a political camp that opposed Montenegro’s split from Serbia in 2006; the other is a fierce defender of Montenegro’s right to strike out alone.

Politically, they are polls apart. But as women in politics, they have one thing in common: both are victims of online and offline abuse and discrimination on a daily basis because of their gender, a phenomenon that experts in Montenegro say is only getting worse.

Click here to read the full article published by BalkanInsight on 28 March 2022.