These women are challenging Hungary’s ‘men in suits’ politics

These women are challenging Hungary’s ‘men in suits’ politics 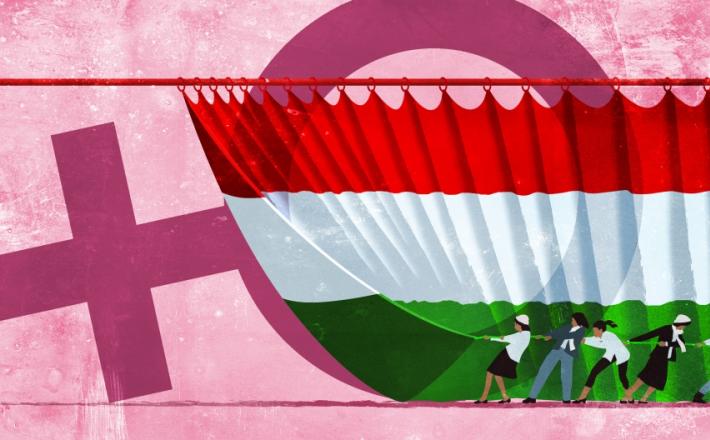 Her phone and bag were missing, and she worried no one knew where she was.

Donáth was arrested as she lead protestors through the streets of Budapest, who had gathered in opposition to a new overtime bill passed by Prime Minister Viktor Orbán and his far-right government.

But as Donáth, the vice-president of Hungary’s new political party Momentum, sat in the police station in the middle of the night, she heard something. It was the sound of chanting.

“‘Let’s free Anna, let’s free Anna’, they were shouting,” Donáth, 31, says. “There were a couple of hundred people there.”

After hours sitting in a police cell, she realized she had nothing to fear.

“It was phenomenal to suddenly know there was this community behind me,” she says.

The overtime bill, dubbed the "slave law" by critics brought thousands out onto the streets. Budapest has seen its share of mass demonstrations but opposition parties rarely unite in protest. So when eight female politicians from all the opposition parties took to the stage, united against a government ruling, people took notice. In Hungary this was unprecedented.