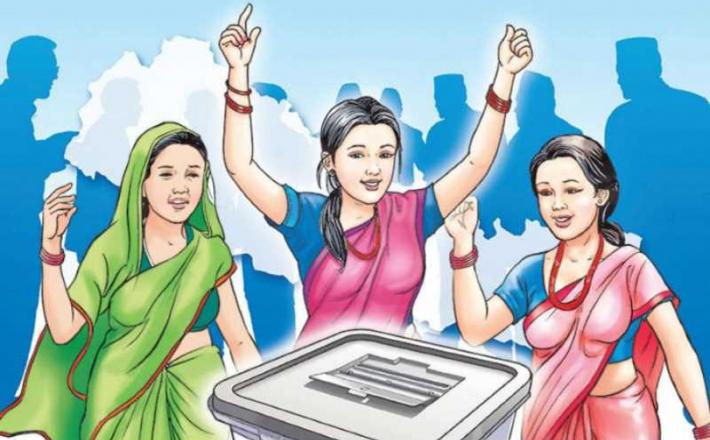 A new women’s parliamentary caucus is needed at a time when they are being brazenly discriminated.

If one thing has remained unchanged in the history of Nepal’s democratic polity, it is the male-dominated political parties’ deliberate marginalisation of women. Most notably, women’s representation and concerns have been sidelined in the electoral battlefield and in Parliament over the years. The absence of a women's parliamentary caucus—a cross-party group of women members of parliament who support each other—is one glaring outcome of such systematic violation of women’s right to a dignified and adequate representation.

There was such a caucus in the first Constituent Assembly elected in 2008. It helped shape many pro-women agendas. The caucus fought to ensure one-third female representation in the legislative, executive, judiciary and political parties. Additionally, it secured, among other things, women’s election either as mayors or deputy mayors and Dalit women’s representation in ward committees. Most importantly, the caucus laid the foundation for the drafting of an inclusive Constitution of Nepal 2015.