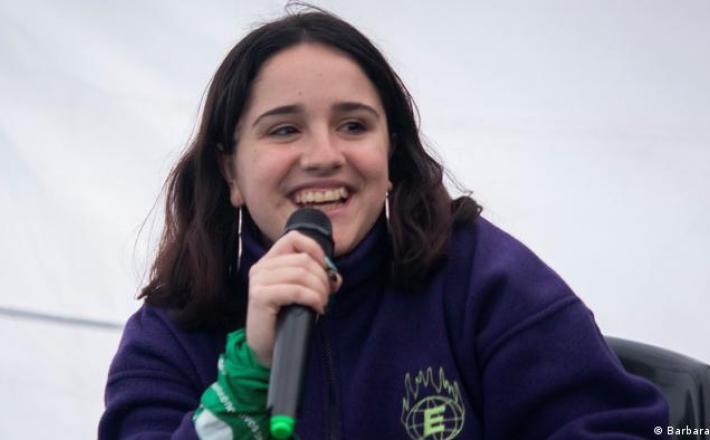 A determined feminist, Ofelia Fernandez is the youngest lawmaker in Latin America. The 20-year-old is an icon for many, but she has a few detractors.

Ofelia Fernandez is certainly not shy. The 20-year-old is keen to share her opinions about the deeply-rooted macho culture in Argentina and Latin America as a whole,women's rights, and how the younger generation needs to be able to shape the world of politics more. Right now, she believes, it is rusty and out of touch.

"I don't expect anyone to pretend to be generous by telling us about our future," she said in a campaign video in June 2019 that was posted on Instagram. "They have to accept that we are the damned present and it's our turn now."

She was running to become the youngest ever member of the Buenos Aires city legislature and she succeeded and at the same time became the youngest lawmaker in Latin America.

A Next Generation Leader

Last year, Time Magazine selected her a Next Generation Leader and she has been compared to the US congresswoman Alexandria Ocasio-Cortez.

When she was 17, she put a considerably older expert in his place after he interrupted her and dismissed her as "chiquita" (little girl) during a television debate. "Don't you call me chiquita," she told him. The scene went viral. That was three-and-a-half years ago, when students protested en masse against neoliberal education reforms.

Click here to read the full article published by DW on 8 March 2021.