On paper but not in practice: Gender equality in balkan politics

On paper but not in practice: Gender equality in balkan politics 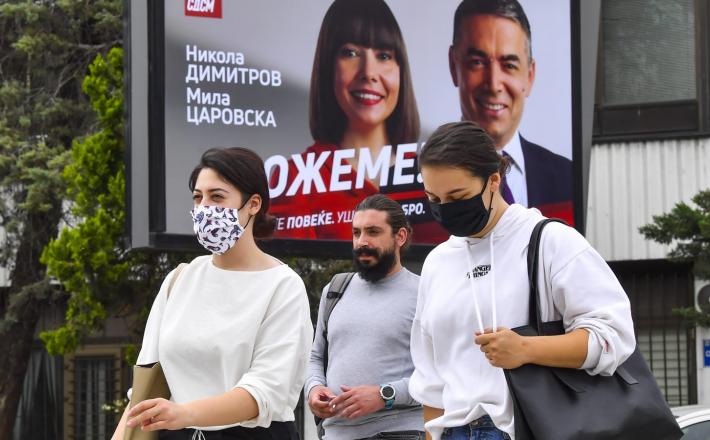 Women have equal billing on the list of candidates for parliament fielded by North Macedonia’s ruling Social Democrats. But when North Macedonia and Croatia both vote in elections next month, how many women will actually become MPs?

Fellow former Yugoslav republics Croatia and North Macedonia both hold parliamentary elections next month. But only one can boast of breaking new ground on gender equality.

With an equal number of male and female candidates in the country’s July 15 election, an alliance led by North Macedonia’s ruling Social Democrats has set an example few other political parties in the region appear ready to follow.

Croatia, which unlike North Macedonia is a member of the European Union, votes 10 days earlier, but lags behind its Balkan peer when it comes to equal male-female representation in politics.

“The problem is not in the legislation, but in its [non] application,” said the Croatian Centre for Education, Counselling and Research, CESI, a gender issues watchdog.

Click here to read the full article published by Balkans Insight on 30 June 2020.