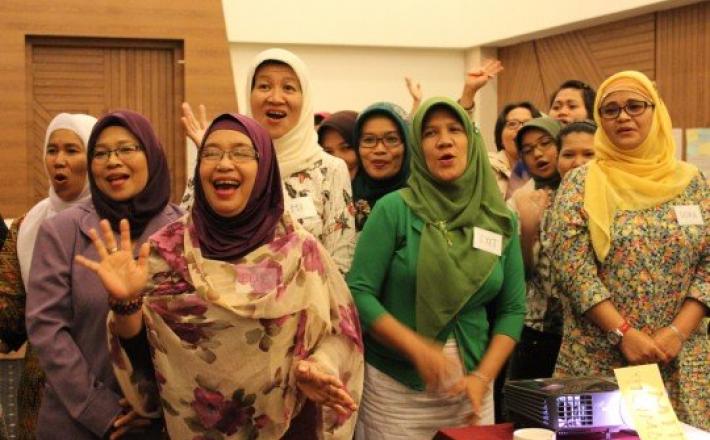 We look to our parliaments to represent us, adopt laws that protect our fundamental rights and freedoms, and distribute resources to those in need. In such ways, parliaments are uniquely positioned to promote gender equality and women’s empowerment. So why is it that they are so often absent from discussions surrounding the women, peace and security (WPS) agenda and its implementation?

The adoption of the United Nations Security Council Resolution (UNSCR) 1325 in 2000 acknowledged the inordinate impact war has on women, and the pivotal role women play in development, peace and security. Recent resolutions stressed the need for including women in peace talks, to prevent violent extremism and foster post-conflict reconstruction. We have learned that the probability of peace agreements lasting at least two years increases by 20 percent when women participate in the process. The 2015 Sustainable Development Goals recognize the links between gender equality, strong institutions, peace and security.

A report by the NATO Parliamentary Assembly revealed that in 17 of NATO member states, parliaments monitor UNSCR 1325 implementation through debates and hearings. Parliaments have the power to enact gender-responsive legislation, monitor whether sufficient funding is allocated to promote women, peace and security. They also ensure women parliamentarians have a substantial say in discussions regarding finance, defense, counter-terrorism, legal policy and justice.

In implementing the WPS agenda, parliaments’ transparent engagement with the media and women’s civil society organizations is essential. In Somalia, women’s networks are currently consulting with the government to ensure the 30 percent reserved seats quota, agreed-upon in 2012, is upheld in the upcoming elections. The Somali example demonstrates the capacity of civil society to advocate for inclusive political processes and hold parliaments accountable for WPS commitments.

UNDP is expanding its efforts in this area by launching a new initiative that will advocate for greater leadership of women parliamentarians, strengthen parliamentary oversight mechanisms on gender equality and National Action Plans, and facilitate linkages between parliaments, media and women’s civil society. This initiative seeks to fill the current gap in WPS agenda implementation by strengthening parliaments to act as agents of peace and gender equality in their societies.