Political violence against women: A case from the Central African Republic

Political violence against women: A case from the Central African Republic 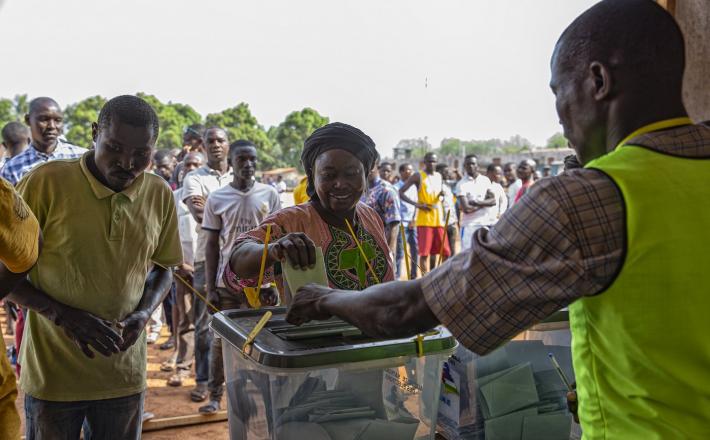 Sitting at her desk with the Central African flag behind her, Beatrice Epaye’s sustained gaze hints at courage and determination. And she has both in quantities. While running for a parliamentary seat in the December 2020 election, she recalls the many physical and verbal attacks and threats she faced as a woman.

“It is our right to sit at the decision-making tables, not just around them. Last elections showed us that we still have a long way to go,” she nods. “Many more women [than men] are attacked during an election campaign,” says the MP and women’s rights advocate.

Violence against women is clearly a deterrent to their involvement in politics, pushing many of them out of political activities and muting their voices. According to an Expert Group Meeting from 2018, 44.4 percent of women in politics surveyed across 39 countries in 2016 reported having received threats of death, rape, assault, or abduction. One fifth said they had been subjected to sexual violence. But the severity of this matter is perhaps greater as violence against women tends to be under-reported, and crimes unpunished.

Click here to read the full article published by UN Peacekeeping on 13 December 2021.