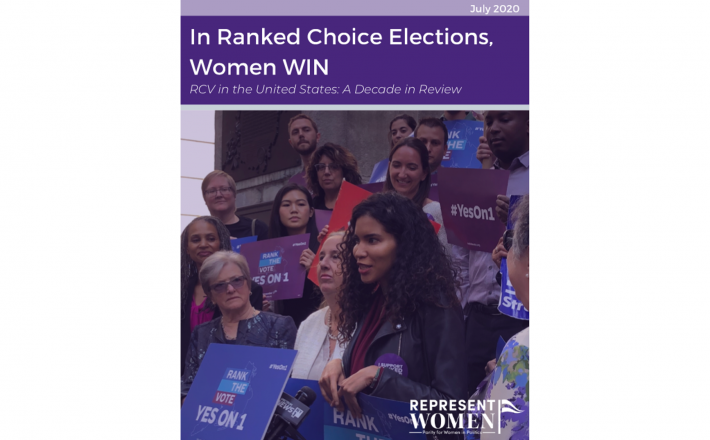 RepresentWomen tracks women's representation and leadership in the United States and around the world to identify the "best practices" for creating a more representative government. Our research indicates that even as more women run, electoral rules and systems play a major role in determining electoral outcomes. As seen in both our 2016 and 2020 reports, we find that electoral outcomes for women and people of color are overall better in jurisdictions that have implemented ranked choice voting (RCV).