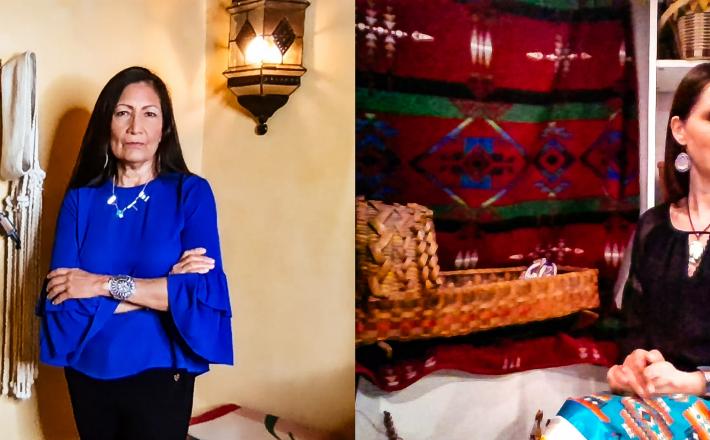 A report from the Center for American Women and Politics states that, in 2020, 18 Native American women—nine Democrats and nine Republicans—will have run as congressional candidates. This is the largest number of Native American women who have run—overall and in both parties—in a single election cycle. Some of these candidates were defeated in the primaries, but even so it’s still been a trailblazing year for Indigenous representation in a space that pays too little attention to issues impacting Indigenous communities, especially during COVID-19.

To recognize and celebrate the diversity of Indigenous voices running in this election, Vogueasked now veteran Haaland to converse with newcomer Tricia Zunker in an exclusive new conversation. Zunker is a first-time candidate for the U.S. House in a critical state: She is hoping to represent Wisconsin’s 7th Congressional District. (She’s also a member of the state’s Wausau School District school board.) She hopes to bring Indigenous representation to Wisconsin, which has historically been a swing state but leaned Republican and elected Trump in 2016. “There are 11 federally recognized tribes here in Wisconsin, and the majority of them are in this large congressional district,” Zunker tells Vogue.“Representation matters.”

Click here to read the full interview by Vogue on 24 October 2020.