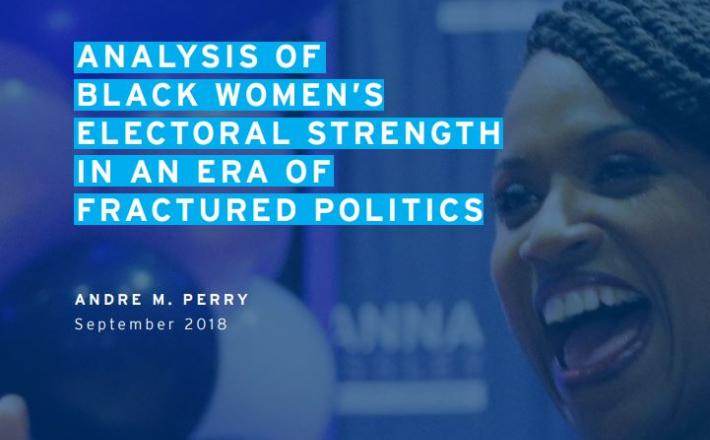 Fifty years after the election of Shirley Chisholm as the first African American woman to serve in Congress, black women are still making political history across the country. London Breed became the first black female mayor of San Francisco when she was sworn in to office in July 2018. This month, Ayanna Pressley won the Democratic primary, and it is expected that she will become the first woman of color elected to Congress from the commonwealth of Massachusetts, besting 10-term Democratic incumbent, Michael Capuano, with her 17-point victory. From their overwhelming impact in the 2017 Alabama special election for the U.S. Senate seat vacated by U.S. Attorney General Jeff Sessions, to the increase of black women running and winning elections at the state and local levels, there is clearly a new wave of electoral momentum.

The Brookings Institution and the Higher Heights Leadership Fund (hereafter Higher Heights) collaborated to create a database comprised of elected officials at the federal, state, and municipal levels, as well as aspirant candidates. Information regarding their districts was also collected and analyzed to pinpoint predictors of electoral success.

Based on the preliminary analysis, three major findings emerged: