How women are changing the face of Congress

How women are changing the face of Congress 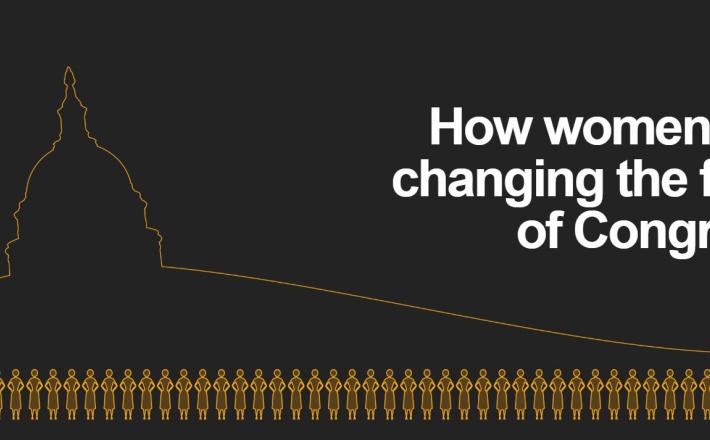 History will be made in America on 3 January when a record number of women are sworn in as part of the 116th Congress.

It will be the culmination of two years of resistance to President Donald Trump - primarily led by women - following his unexpected victory over Hillary Clinton in 2016.

The day after his inauguration, millions of women joined protests against him across the country.

As the mid-term elections approached, Democrats saw a surge of women who wanted to represent the party - a stark contrast to previous years when they appeared reluctant to enter politics.

This led to suggestions that 2018 could become another “Year of the Woman” - a reference to the 1992 elections in which the number of women in Congress nearly doubled.

That jump 26 years ago was put down to a controversy over claims of sexual assault against a Supreme Court nominee - a situation similar to the case of Brett Kavanaugh in 2018.

Here's how the mid-term results have changed the make-up of Congress and a look at some of the women leading that change.