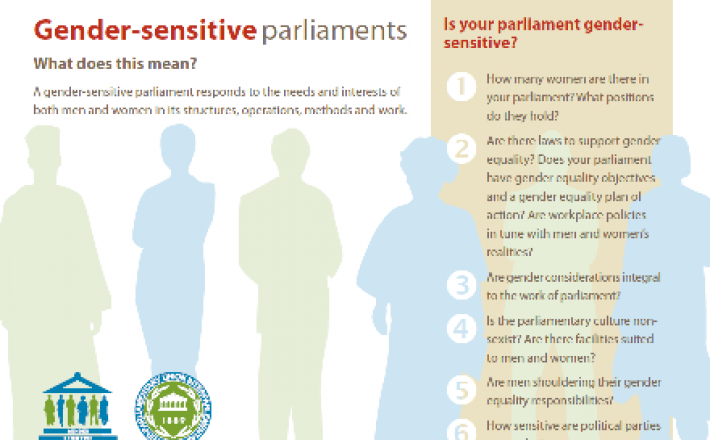 The Report on Gender sensitive Parliaments is the result of a two-year research project. It follows up on a previous IPU publication, Equality in Politics: A Survey of Women and Men in Parliaments (2008). That Survey had found that women were overwhelmingly the main drivers of progress in gender equality in parliament, but that parliaments, as institutions, must also shoulder their share of the responsibility. This finding begs the questions: What are parliaments doing to foster gender equality? What policies inform gender equality efforts? Are the institutional structures of parliaments around the world mindful of both men and women? In short, are parliaments gender-sensitive?

The Report seeks to provide answers to these questions. Simply put, a gender-sensitive parliament is one that responds to the needs and interests of both men and women in its structures, operations, methods and work. This publication not only provides an important assessment of the gender sensitivity of the world's parliaments, but also identifies key steps parliaments can take to become gender-sensitive institutions that contribute to the achievement of gender equality.