Power to the people? Tackling the gender imbalance in combined authorities and local government

Power to the people? Tackling the gender imbalance in combined authorities and local government 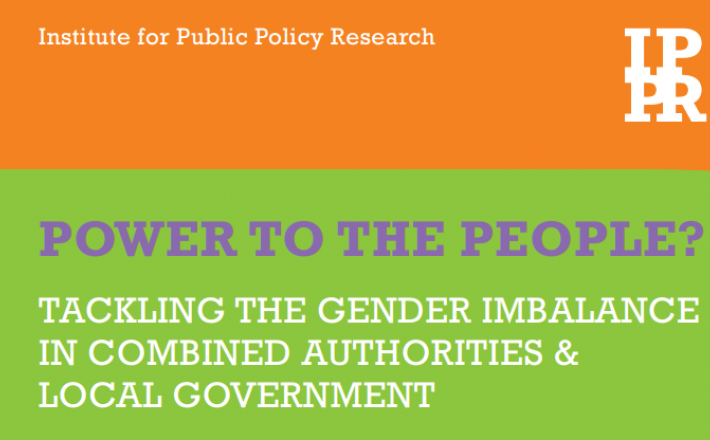 A new generation of young women is ready and willing to participate in politics.

The UK general election in June 2017 saw a rise in voter turnout among 18- to 24-year-old women, with participation up from 44 to 53 per cent compared with the 2015 general election. However, so far there is little evidence to suggest that this will translate into higher levels of party membership and political representation among women. Despite making up half of the population and voting in the same numbers as men, on average only 34 per cent of women are a member of a political party, typically the first step into participating into local politics.

This is the first in a ‘pattern of thirds’, which runs through candidate selection and election, and then thins out dramatically at the top of local government, with women entirely absent among directly elected mayors and representing just 4% of the leadership of England’s new devolved institutions – the combined authorities.

This report argues that political parties and institutions must seize the recent increase in voter turnout  among young women to dramatically increase the numbers of women going into local politics. This must be complemented by a series of radical reforms to improve the pipeline of women rising to the top in local politics, and to correct the absence of women at the top of combined authorities.