Sexism, harassment and violence against women in parliaments in Europe

Sexism, harassment and violence against women in parliaments in Europe 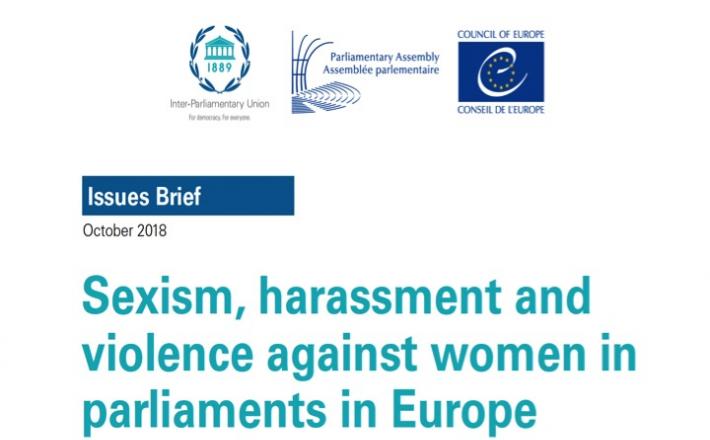 This regional study seeks to take the initial findings of a 2016 IPU report further, focusing specifically on the situation in parliaments in Europe. It is the result of close collaboration between the IPU and the Parliamentary Assembly of the Council of Europe (PACE), and is the first in a series of regional studies that the IPU wishes to conduct on the subject. The study also broadens the scope of the research to include harassment and violence against female parliamentary staff.

Based on interviews with 123 female MPs and parliamentary staff in Council of Europe member States, the survey continues the work already carried out to provide figures and document a range of sexist and violent behavior against women in parliaments. It also seeks to assess the extent and highlight the particular forms of such abuse in Europe. The study therefore aims to break the silence and persistent taboos and to contribute to the fight against gender-based behavior and violence wherever they occur.