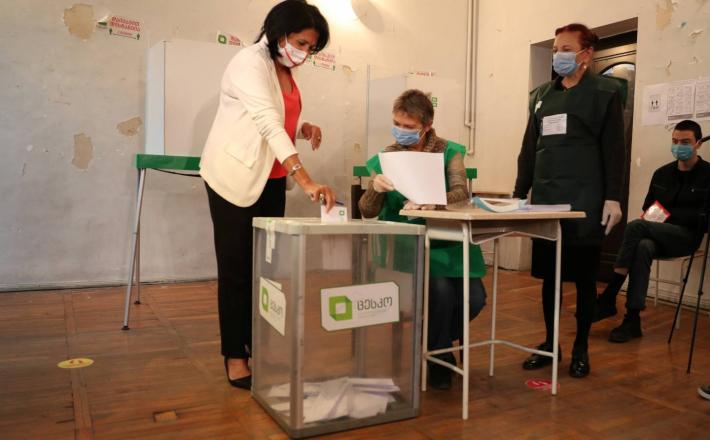 In the rough-and-tumble world of Georgian politics, election campaigns can be merciless - especially for the small number of women candidates who enter the fray.

But as the ex-Soviet Republic gears up for elections on Saturday, a new gender quota law will bring a record number of women into parliament in a nation with one of Europe’s lowest rates of female representation.

Women’s advocates say the reform marks a small but significant shift that could pave the way for deeper change in the country’s male-dominated political scene.

“More women in parliament will motivate other young women and girls to become politicians because... they need role models to see that it’s possible to get into politics,” Khatuna Samnidze, who heads the opposition Republican Party.

Click here to read the full article published by Reuters on 30 October 2020.