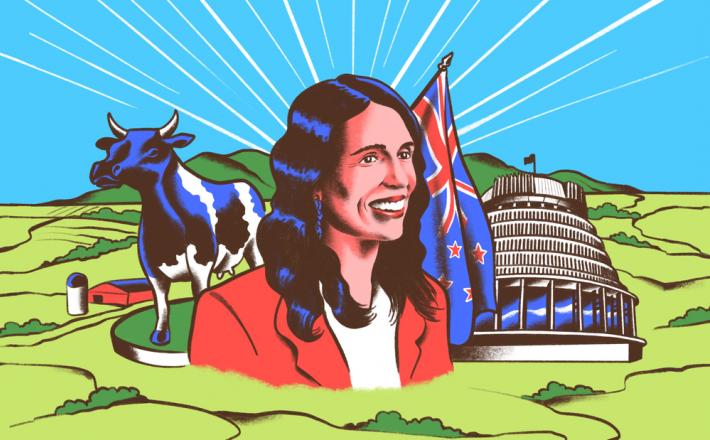 It's Friday night in the small town of Morrinsville and a handful of locals are waiting at the Golden Kiwi on the main street for a greasy parcel of fish and chips.

It wasn't so long ago that Jacinda Ardern was behind the counter, taking orders at the nautical-themed takeaway joint. Now, the 40-year-old New Zealand Prime Minister is one of the world's most recognizable leaders.

Throughout her three-year term, she's attracted headlines -- for being an unusually young Prime Minister, for giving birth while leading a country, for her empathetic handling of the Christchurch mosque attacks, and lately, for her swift, effective action against the coronavirus pandemic.

That's given her an outsized profile for the leader of a country of 5 million people. She's graced the covers of Vogue and Time magazine and hosted American TV personality Stephen Colbert at her suburban Auckland home. Last year, she topped a survey of most trustworthy politicians -- in Australia. And, as she heads into this year's New Zealand's election on October 17, polls put her as one of the country's most popular leaders ever.

The big question isn't whether she will win a second term for her party, which now seems all but certain, but if her party will make New Zealand history by becoming the first to secure a majority under the current political system.

Click here to read the full article published by CNN on 16 October 2020.