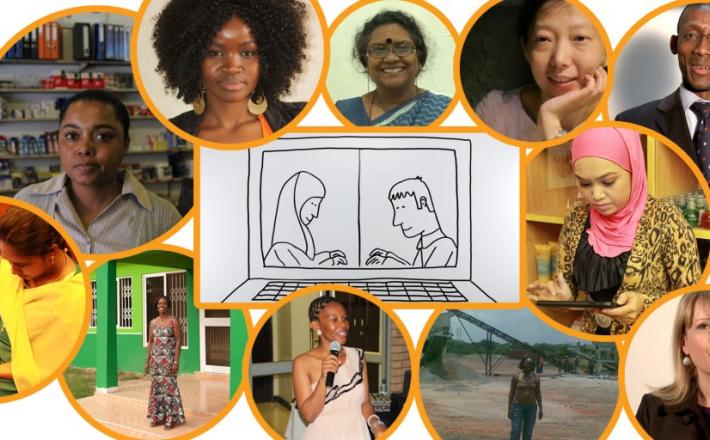 "Whenever I am asked what the missing link is between a promising businessperson and a successful one, mentoring comes to mind; if you are looking to make your way in business, try to find a mentor. If you are in a position to share the skills you have learned, give something back by becoming a mentor yourself.” CEO VIRGIN

In the private sector, mentorship programs have been proven successful in creating a new generation of leaders.  The public sector learnt from these successes and copied them by organizing its own mentorship programs. Consequently, some parliaments followed suit by providing mentorship programs for incoming MPs or programs that allow people to shadow an MP in their daily functions to better understand the work of the Parliament and of that particular MP and their constituency, such as in the UK.

Given the complexity of a Parliament, candidates and first time Parliamentarians are keen to get advice from those who have previous experience with particular issues.  Mentorship programs have been organized at national and regional levels. At the national level, Parliaments are exploring new ways of guiding young MPs through the complex structures of Parliament.  At the regional level, Parliaments are providing mentorship projects, which go beyond the traditional study trip tours, through online networks and intensive collaboration between parliamentarians.

Q1: Have you ever been part of a mentorship program (as mentor or mentee)? If so, could you share your experiences?

Q2: Do you know of successful mentorship projects targeting women candidates and parliamentarians. Why were these projects successful?

Q3:  Are ‘in-person’ meetings critical for a successful mentorship programme or could online mentoring be just as useful?

The following is a brief overview of user comments on this topic. To see the original comments please refer to this link.

The EMILY's List Australia candidate mentoring program matches endorsed Australian Labor Party women candidates with experienced women campaigners, Members Of Parliament or ex Members of Parliament. The program has been going for almost 18 years and has matched about 350 women candidates with mentors. Mentors provide advice, support, and access to resources and to contacts who can provide resources and sometimes on the ground campaign assistance. The formal mentoring program lasts throughout the duration of the campaign and often the mentoring continues as the women go into parliament or if they lose the election the mentor supports the candidate through the loss and encourages them if and when the time is right for them to stand again. Beneficiaries have reported the mentoring program as one of the best forms of support provided by EMILY's List. Regarding the feasibility of carrying out such programs online: Australia is a relatively large country and in a federal election the mentor matches are sometimes made across States so mentoring happens by email, by phone and sometimes now by Skype. And it still seems to work. Although, perhaps, meetings in person at the start of the mentoring experience work well too.

During the pre-election period (municipal), experienced women politicians accompany groups of female candidates in the context of co-development circles, each comprising between 4 and 6 women. Given the remoteness of the participants in the 4 corners of Québec, everything is done remotely via virtual conferences (lasting 1h30) every 15 days through a phone porthole provided by a university. In addition, each circle also had a Facebook page accessible to members only. Exchanges by virtual meetings continued daily on this page. Members sign a confidentiality agreement. These circles have been successful and even though not all candidates have been elected mayors or councilors, they all benefited from the exchanges.

Ecuador’s National Commission on Political Organizations EMB sponsors gatherings and meetings with candidates and officials, including women, to discuss their experiences with new people running in the elections last February (2014). Subsequently, through the portal www.vototransparente.ec, they are generating forums and virtual debates called Participatory Citizenship to link information to specific issues that are generated in direct action or on a day-to-day basis. In July 2014 Ecuador, officially launched the virtual Participatory Citizenship Network  www.vototransparente.ec. A mentor is not a spiritual guide, a mother or father but is a person who, from his experience, provides support for people who are following their student or professional path to increase their potential and their skills and, converge a limitless number of knowledge and practices. It is feasible to be a mentor either face-to-face or by means of virtual mentoring.

The Indian Institute Of Management in Bangalore organizes the “India Women In Leadership Program”. 26 women from different states participate. They attended in house lectures on policies, personality development, time management , threats as well as go on field visits . Through this program mentees gain practical experience of MP's through mock parliament sessions to understand the parliamentary proceedings at Lok Sabha. Some participants in this program maintain that 'in person' meeting may not be critical towards participation of more women but will be more effective than online mentoring.

Mentorship through one-on-one consultations or meetings enable mentees to sound off her ideas and plans and mentors the opportunity to share their thoughts and advice based on prior experience in policy making, facilitating group process, or in advocacy and networking. Such collaboration among women politicians was key in the passing of the Law against Domestic Violence in 2010 and the building of a national consensus to provide age-appropriate sex education in schools as a way to advance reproductive health and reduce teenage pregnancy – among other accomplishments. Of course there were other factors and players that altogether contributed to these positive outcomes but such mentorship provides new candidates with a space to validate their ideas, gain more confidence and plan ahead.

iKNOW Politics interviewed Ikram Ben Said, Founder and President of Aswat Nisa (Women's Voices) during the 2014 NDI Madeleine Albright Luncheon during which Aswat Nisa was awarded the Madeleine Albright Grant for their project "The Political Academy for Women". To watch the video please click here.

There is a 7 month long training program for women candidates in California, called Emerge California. It is a state affiliate of Emerge America and there are affiliates in over a dozen other states. Emerge CA offers a service to graduates of the program that allows them to consult with and seek guidance from a panel of experts in the political profession at any point either during the program or after they have graduated from the program.  The panel is called the "Campaign Advisory Team," or "CAT" for short.  The meetings are confidential and the experts cover issues areas from fundraising, polling, campaign related laws, and overall strategy - whatever the particular program member is seeking advice on.  They can seek guidance on deciding whether or not to run, or in the middle of a campaign, or after a loss to determine next steps (or any combination of these). While this service is not as hands-on as typical mentoring, many Emerge CA graduates say this resource is their most valued aspect of the program. There does not seem to be a qualitative difference between the meetings that are conducted in person versus over phone conference.

While formal mentorship programs are not carried common in West Africa. Nevertheless, there are trainings and workshops offered to women thinking about a political career. That said, informal mentorship in a subtle manner where mentors choose to be invisible/discreet is a more common phenomenon.

We would like to sincerely thank all participants for contributing to this forum.