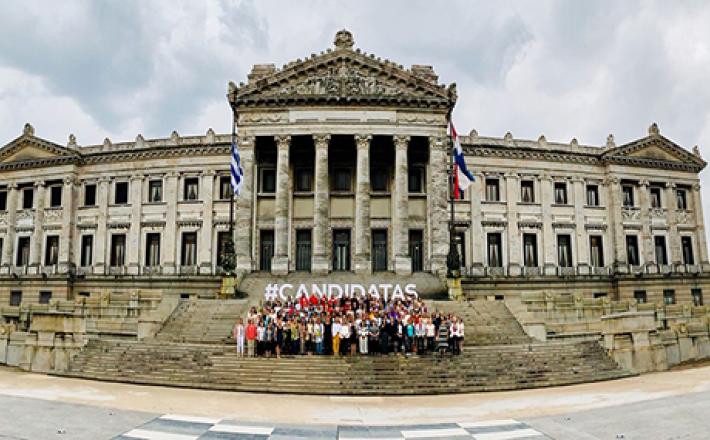 The below findings and graph are from the book Seeing Women, Strengthening Democracy: How Women in Politics Foster Connected Citizens, authored by Magda Hinojosa and Miki Caul Kittilson and released in 2020.

Surveys of Uruguayan men and women—both immediately before and after the implementation of their gender quota for elected office—show that the expected gender gaps in political knowledge, political interest, and other forms of political engagement were alive and well six weeks before the elections. Yet, just six weeks following the election, after the gender quota had led to a doubling of women’s representation in the Senate, those gender gaps had largely disappeared or had significantly waned. 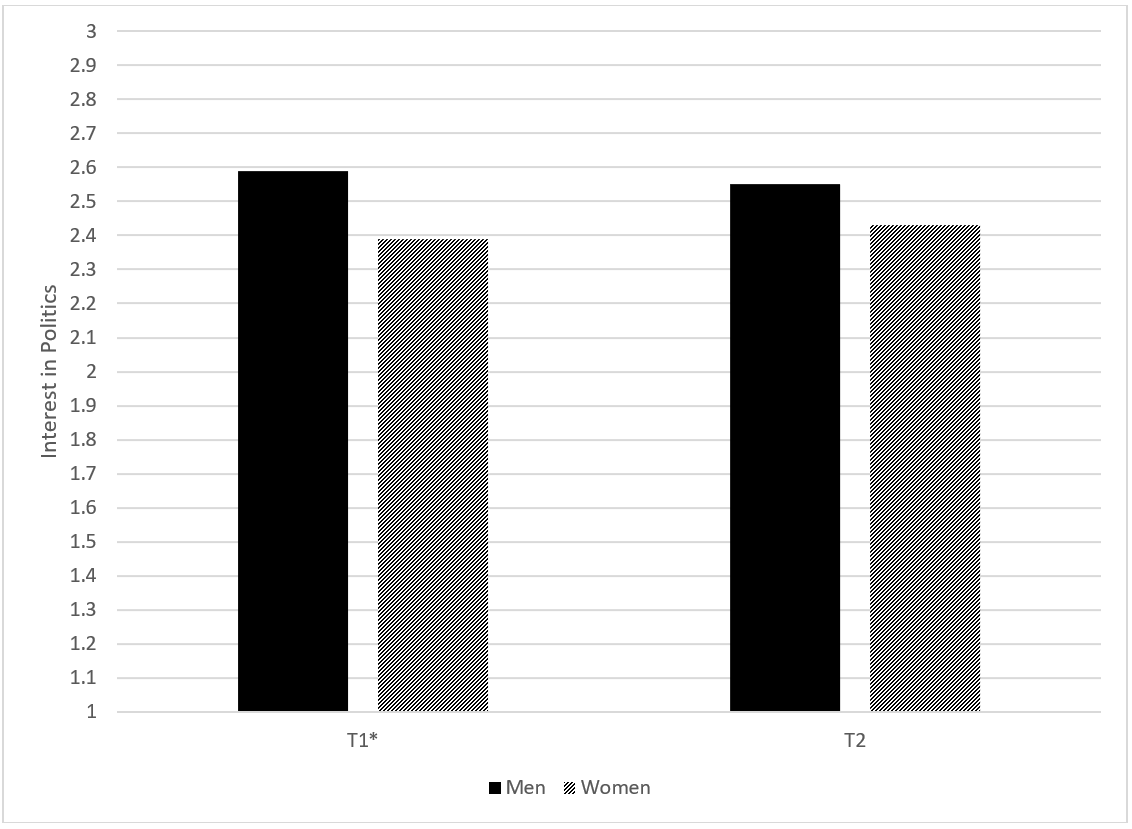 For instance, as the graph above demonstrates, before the election (T1), there was a statistically significant gender gap between male and female respondents in levels of political interest. After the big jump in women in the national legislature (T2), that gender gap was no longer statistically significant, meaning that men and women were equally likely to report a high degree of political interest, all things equal.