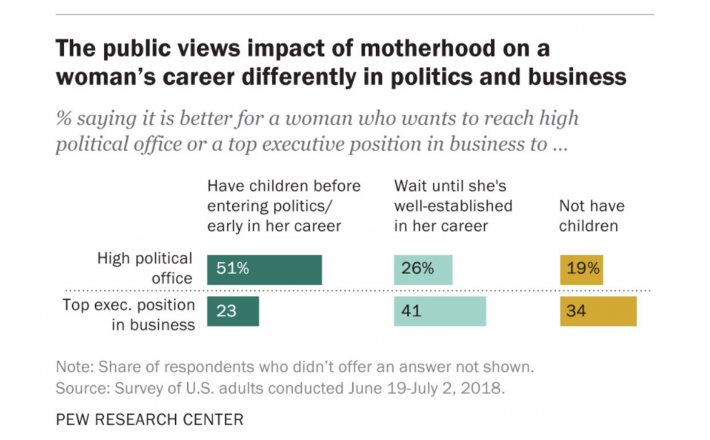 By Ruth Igielnik and Kim Parker,

As moms across the United States celebrate Mother’s Day this weekend, five of the six women vying for the Democratic residential nomination are themselves mothers.

These women, all seeking the same high political office, became mothers at different points in their careers – some while they were starting out in politics and others long before that.

Roughly half of Americans (51%) say it’s better for a woman who wants to reach high political office to have children before entering politics, according to a 2018 Pew Research Center survey on gender and leadership. About a quarter (26%) say it would be better to wait until she is well-established in her political career, while 19% say it would be better for a woman not to have children at all if she plans to seek higher office.

Click here to read the full article published by the PEW Research Center on 9 May 2019.