A sustainable peace in Afghanistan needs women at the center

A sustainable peace in Afghanistan needs women at the center 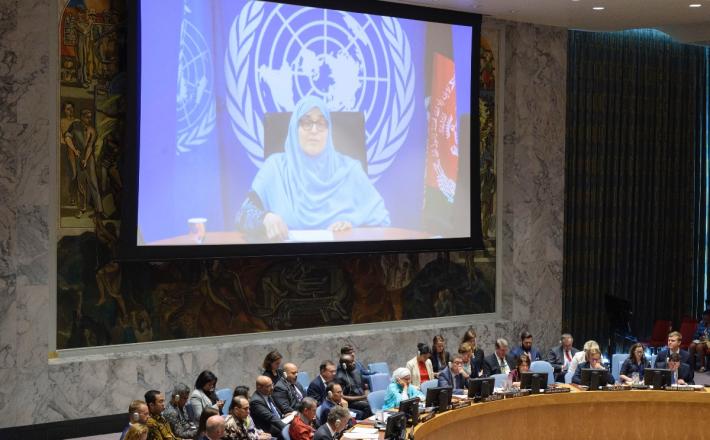 After 18 years of United States and its NATO allies in Afghanistan, the country is at a historical crossroads with a peace process that continues to substantially exclude women, and an electoral process that is being undermined by corruption, insecurity, and a drive to delay elections until after a peace deal has been reached. Women should be at the center of political life of Afghanistan and women’s meaningful participation in the political life of the country should not be sidelined due to myopic perspectives on what is required to bring about a sustainable peace, and insecurity and other challenges in getting women voters to the polls on September 28th.

The ongoing peace talks between the Taliban and the United States of America are being held behind closed doors. The agreements and final decisions that will be made will determine the fate of the people of Afghanistan, especially women who have suffered the most during the Taliban regime. It is not clear to us whether following any agreement  rights and representation will be preserved.

Although the United States has announced a policy to implement United Nations Security Council Resolution 1325 on Women, Peace and Security, so far, Afghan women have been excluded from the peace talks it has been facilitating with the Taliban. Afghanistan’s government adopted the second generation of its National Action Plan on 1325 last month, however still, women’s meaningful participation seems like a dream.

The upcoming Afghan presidential election is going to be held in a very time-sensitive period where insecurity, corruption, and mismanagement are major concerns. It is likely that Afghan women, due to many family and cultural barriers along with the above mentioned social and political challenges, will not be able to participate fully and meaningfully in the upcoming election. Therefore, even though their participation on some level is a step forward, there are still many obstacles that hinders the success and fairness of this movement.