Ten years since Australia got its first female prime minister, how diverse is our parliament?

Ten years since Australia got its first female prime minister, how diverse is our parliament? 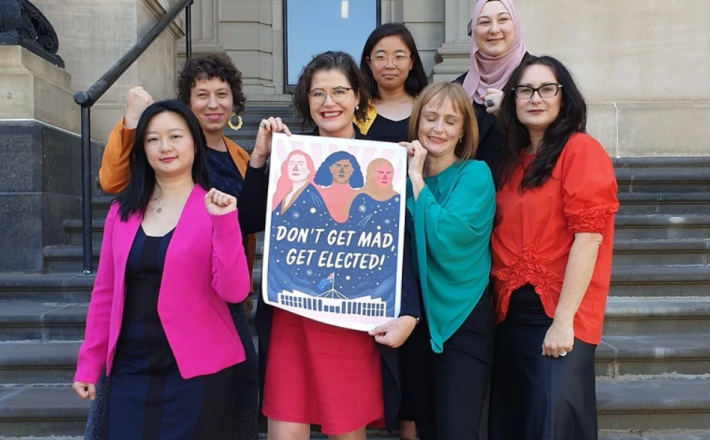 On 24 June 2010, Julia Gillard was sworn in as Australia’s 27th – and first female – prime minister. But a decade on, gender equality in politics has some way to go.

It’s been a rocky decade for women in politics.

“I couldn’t believe it took so long to have a woman as prime minister,” says Ecehan Gülbayrak, a 28-year-old currently considering running for her local council in Melbourne’s northern suburbs.

“My grandparents are migrants from Turkey, where a woman was first in the top job in 1993.”

But since Julia Gillard’s three years and three days at the top, women have had to look beyond Australia’s borders for PM-level inspiration – to New Zealand, Finland and Barbados, among others.

Women currently account for 36.7 per cent of politicians across Australian federal and state parliaments - progress on the 30.3 per cent from 2012 but falling well short of a 50-50 split.

Four houses currently have 50 per cent or more women (the federal Senate, both houses of Tasmania’s parliament and the ACT’s lower house), but there are 15 houses in total. Western Australia’s upper house has seen a 17 per cent decrease in women’s representation since 2012 and five other houses have seen a small decrease.

Click here to read the full article published by SBS News on 24 June 2020.