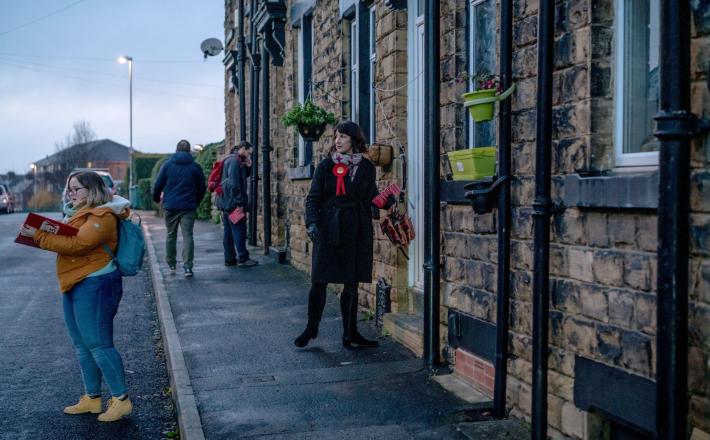 The campaign office is deliberately inconspicuous — tucked above a salon through an unmarked doorway in a 1970s-era shopping center. There are no campaign posters in the windows. Two cameras are trained on the entrance. The door frame was recently reinforced.

They are necessary precautions, said Rachel Reeves, the Labour candidate who has represented this area of Leeds in Parliament since 2010 and uses the space as both her constituency office and now as her campaign headquarters.

The death threats, abuse on social media and graffiti calling for “traitor” lawmakers to be hanged have changed her approach ahead of Britain’s upcoming general election. This is the new reality, she and other lawmakers say, in a campaign environment that has become remarkably nasty, particularly for women, who face a torrent of abuse and threats often laced with misogyny. And it is happening across the political spectrum.

“I do think it’s a very different atmosphere and environment now compared to the first two times I stood,” Ms. Reeves said. “People are a lot angrier and there’s a lot more polarization, particularly around the Brexit issue.”

Click here to read the full article published by The New York Times on 4 December 2019.