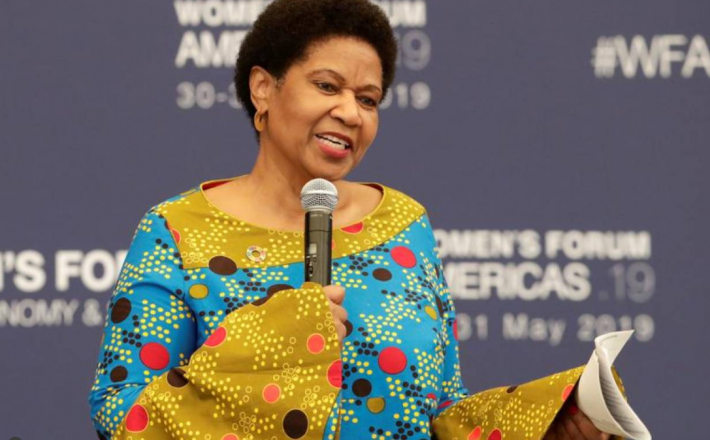 LONDON, Feb 1 (Thomson Reuters Foundation) - Countries must put more women into leadership roles to build a stronger post-pandemic world, a top U.N. official said on Monday as data showed women could be waiting more than a century to see equality at the highest political echelons.

Phumzile Mlambo-Ngcuka, who made history as South Africa's first female deputy president in 2005, said gender-balanced cabinets made better decisions not just for women, but for society as a whole.

Global progress on getting more women into top roles is frustratingly slow, she told the Thomson Reuters Foundation.

But she believes Kamala Harris's appointment as the first female U.S. vice president will make other countries take note and spur more women to consider running for office.

"It does help if a big country breaks the mould. It pushes other countries forward," she said.

Mlambo-Ngcuka said Harris, who is of Indian and Jamaican heritage, was a particularly important role model for young women of colour.

"They now have someone who looks like them, who they can identify with," she said, adding that she had witnessed how her own appointment in 2005 had encouraged the ambitions of a younger generation.

"It was such a fulfilling feeling to hear young women (saying) 'Wow, this is on the table. I can also go for this'," Mlambo-Ngcuka said.

Only 22 countries have an elected woman head of state or government, while 119 nations have never had a woman leader, according to U.N. Women, which said gender parity would not be achieved for another 130 years at the current rate of progress.

Click here to read the full article published by Reuters on 1 February 2021.