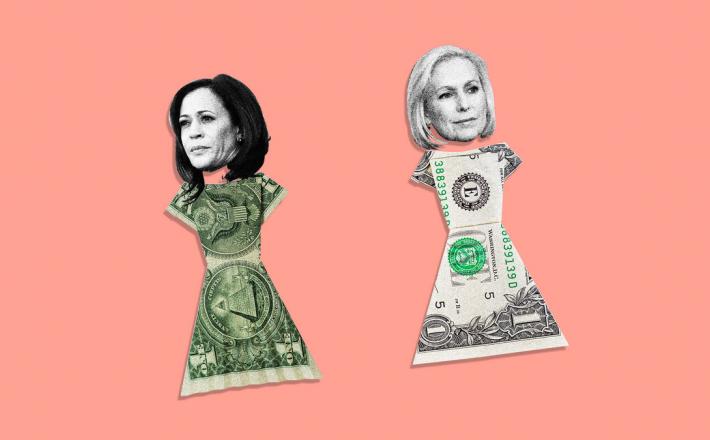 Months before a single primary vote is cast, the lineup is set for this Thursday’s Democratic presidential debate. We will watch a group of predominantly white and male candidates take to the stage. It will be a far cry from the once historically diverse field with a record number of women.

How did we get to this point? Political fundraising disparities played a large role, a reality that Senators Kamala Harris and Kirsten Gillibrand acknowledged in their early exits from the race.

Fundraising challenges are not uncommon for women seeking political office. Although women candidates overall raise comparable amounts of political contributions as men, they typically do so in smaller increments, meaning that they must work harder to reach the same goal. Black women face particular barriers to fundraising, with one study reporting that black women running as U.S. House general election candidates in 2018 raised half as much as white women candidates that year.

Barriers to reflective representation keep our political system in a protracted state of disequilibrium—dominated by the interests of the few over the many. But it’s not just women candidates and candidates of color who are disadvantaged by a political system that is skewed toward the rich. Gender and racial economic disparities shape the fundamental facts of our democracy, who has power and voice in our political process.

Economic power, after all, is political power. The deep and pervasive importance of money in the American political system generates twin challenges for women and people of color. First, it means that these candidates have less access to the financial resources they need to be competitive on the electoral playing field. Second, it means that women and people of color are less able to influence the political outcomes that govern well-being around the country.

Click here to read the full article published by The Daily Beast on 15 December 2019.