What do we hear when women speak?

What do we hear when women speak? 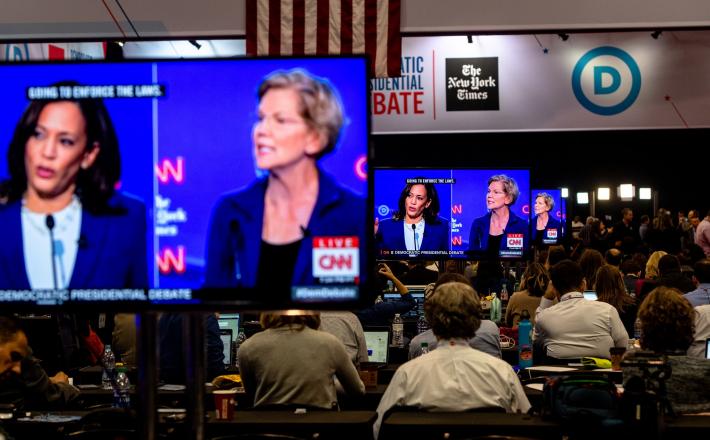 Four female moderators. Four female candidates. That’s more women on a presidential debate stage than ever before. So what will listeners hear?

Carole Simpson, a longtime television newscaster, was told early in her career that she could not be an anchor because “women don’t like to hear other women on the air.”

“Women’s voices are shrill and not authoritative enough,” one boss told her, noting that news coming out of their mouths “sounds like gossip.”

Click here to read the full article published by The New York Times on 20 November 2019.