Where are the women? The challenge facing the next PNG parliament

Where are the women? The challenge facing the next PNG parliament 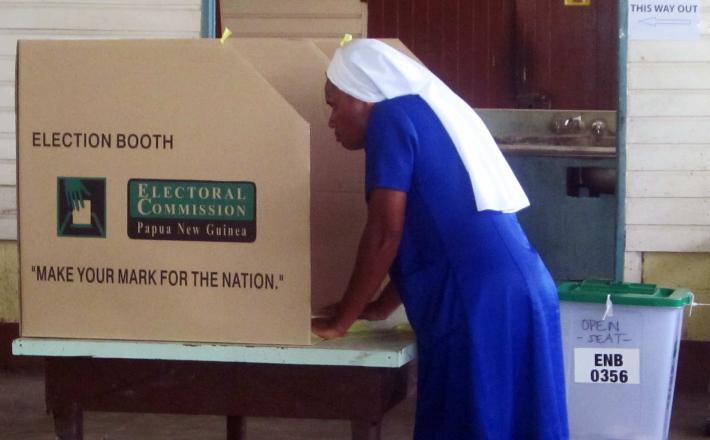 A country ranking among the world’s lowest for political participation by women has enormous social bias to overcome.

Papua New Guinea is about to issue the writs for its national elections to formally start a campaign that will culminate with two weeks of voting from 9–22 July. Historically, elections in PNG have been fraught with violence and fraud, the political landscape dominated by male politicians practising what is often called “big man” politics. On the latter score, at least, this year promises to be little different.

With men having easier access to money, resources and power, women candidates have often found it difficult to challenge. The last parliament in PNG was an all-male affair with not a single female MP in the chamber. Efforts to foster temporary special measures to support female candidates have either failed or become so protracted as to be practically meaningless. A proposed bill for five reserved seats for women candidates representing each of the four regions and the National Capital District has been shelved ­– it is now promised to be debated after the coming election. Getting the measures passed before the polls proved not to be a priority.

Click here to read the full article published by The Interpreter on 10 May 2022.