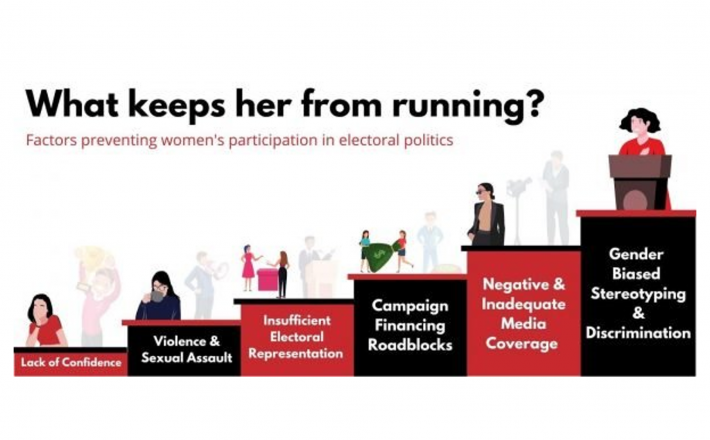 A century ago, Agnes Macphail was the first woman elected to the House of Commons. While female participation in federal office has increased significantly since then, women still only make up 28 per cent of Parliament today. Despite them being leaders and change-makers, the gender gap in politics persists.

One reason is a lack of confidence, which usually forms in childhood. By not practising assertiveness early on, women downplay their skills later in life. This causes them to doubt their political potential, and to lower their interest in political careers.

In college, women are exposed to rape, sexual assault, and harassment, which influences their career choices, and makes them doubt their political abilities further.

Despite being informal leaders in their communities, women are six times less likely than men to receive a nomination. Compared to men, women have received 852 fewer nominations, on average, in every election since 1921. This under-representation is another reason why so many women lack the drive to pursue elected office.

Click here the full article published by iPolitics on 1 February 2021.