Why women led the uprising in Sudan

Why women led the uprising in Sudan 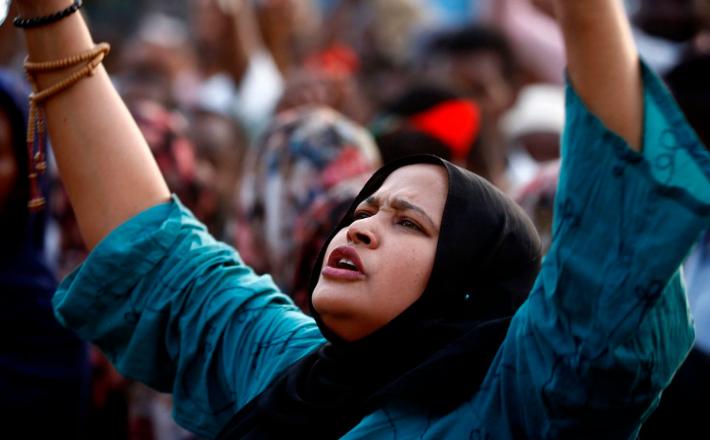 Women had borne the brunt of the former president’s policies and were able to draw on Sudanese traditions to be heard.

The protests that led to the ouster of Sudan’s president, Omar al-Bashir, have been dominated by women. Day after day on the streets of Khartoum, as many as two-thirds of those who turn out are women. Photos of women — angry, defiant, now celebratory — have become emblems of the uprising.

Various segments and groups of Sudanese society have taken part in the protests and are still demonstrating out of concern that Thursday’s military coup will not usher in the freedom, justice or peace that the protesters seek. People from different political, ethnic, religious and social backgrounds have participated in the protests, culminating in a historic sit-in at the headquarters of the Sudanese Armed Forces. But women — always — have been at the forefront.

There is an overarching reason, stemming from the role of women in Sudanese society. But there are particular reasons, too: the ferocious oppression that women have experienced under Bashir’s government, as well as the hardships that they felt as the economy deteriorated.