Women’s representation in the 2018 Fiji election

Women’s representation in the 2018 Fiji election 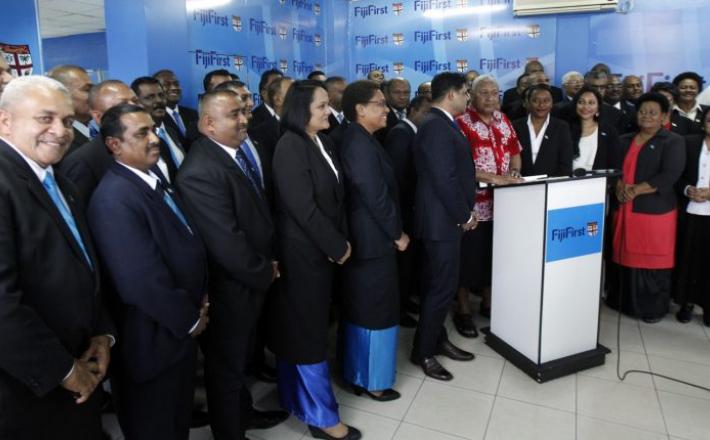 Fiji went to the polls on 14 November 2018. The incumbent FijiFirst Party won a narrower victory than expected, with just over 50 per cent of the vote. The main opposition party, the Social Democratic Liberal Party (SODELPA), increased its vote share from 28 per cent in 2014 to almost 40 per cent. While six parties contested, just three — FijiFirst, SODELPA and the National Federation Party (NFP) — won seats in parliament.

Women were key players in the 2018 election as both voters and candidates. While women have historically been under-represented in Fijian politics, the 2018 election brought a record number into parliament, where women now hold ten of the 51 seats. This blog examines how women candidates performed in the election and what lessons this might hold for further increasing women’s participation in politics in the future.

Women’s participation in the 2018 election

The increase in women candidates — 56 in 2018 compared to 20 in 2014 — was largely due to strong representation in the candidate rosters of minor parties, most notably the Humanity Opportunity Prosperity Equality (HOPE) party, which fielded 19 (68 per cent) women candidates. The number of women candidates fielded by parties with parliamentary representation — FijiFirst, SODELPA and the National Federation Party (NFP) — remained at similar levels to 2014.

Click here to read the full article published by Devpolicy Blog on 25 February 2019.