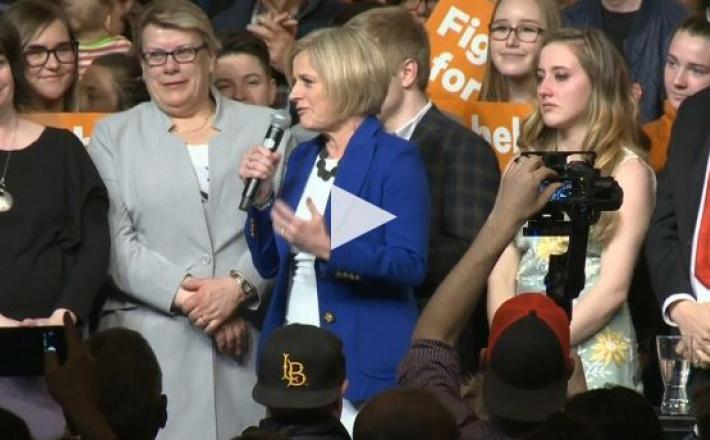 Print this article
By Bhinder Sajan,

You’ve probably heard of women smashing glass ceilings, or breaking through barriers faced by females. But in politics there’s also increasing recognition that women may also be vulnerable to falling off what’s known as "the glass cliff."

“The glass cliff basically refers to the fact that parties are willing to choose women as leaders when they don’t really think they’ve got a chance at winning power,” said Mount Royal University’s Lori Williams.

Kim Campbell, Kathleen Wynne and Christy Clark are all examples, according to Williams. It’s a phenomenon also witnessed at the individual riding level.

“We saw women running in fewer party strongholds,” added University of Victoria lecturer Grace Lore, “so there’s a drop off in the number that were elected.”

Lore pointed out that while legislatures are electing more women, in Alberta, there was actually about a three-per-cent decline in the number of female MLAs after the provincial election Tuesday.

“Sometimes it may feel like you're taking two steps forward and then one step back,” Notley told supporters after her defeat. “May you never ever stop taking those steps forward.”

Click here to read the full article published by CTV Vancouver on 19 April 2019.