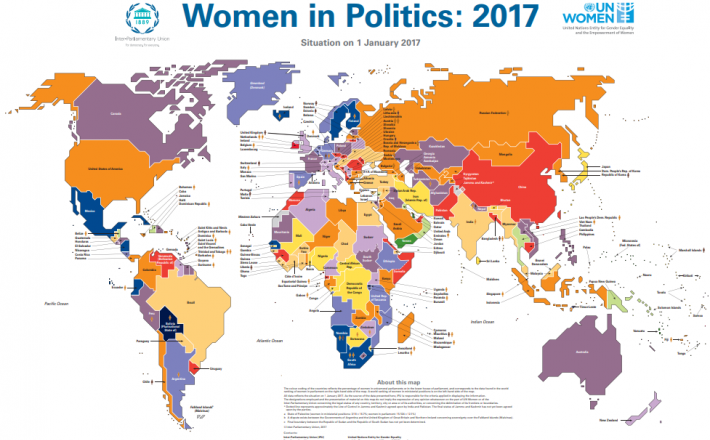 A unique visual tool to capture women’s participation in executive government and in parliament on a given date – 1st January 2017. The map of Women in Politics not only provides a country ranking for both ministerial and parliamentary representation, but also statistics on women in political leadership positions – Heads of State or government, women Speakers of Parliament, as well as ministerial portfolios held by women throughout the world. Borders are depicted and used on the map in order to present data. They are not the expression of any opinion concerning the legal status of any country, territory, city or area, or concerning the delimitation of frontiers or boundaries.