Women in Swiss politics: Still a long way to go

Women in Swiss politics: Still a long way to go 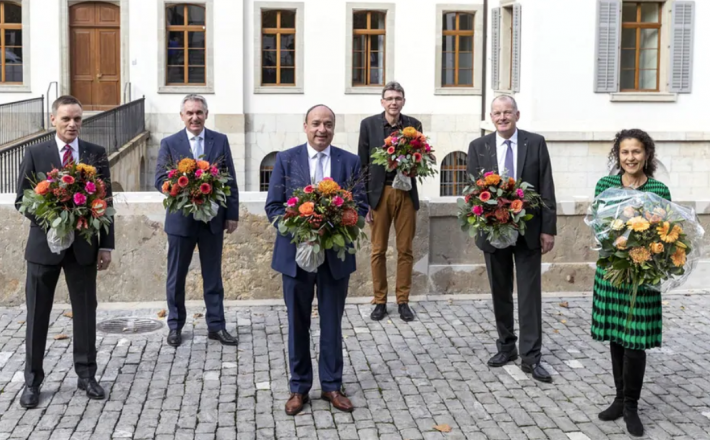 Fifty years after getting the right to vote, women are better represented in the Swiss parliament than ever. In a ranking of 191 countries worldwide, Switzerland is in 17th place. But this is deceptive: at the local level, representation is still low.

On February 7, 1971, Swiss men decided by referendum to let women have say in Swiss politics. The federal elections on October 31, 1971, were the first in which women could vote as citizens or stand as candidates; 11 women made it into the House of Representatives, giving them a proportion of 5.5%, and one woman took one of the 42 seats in the Senate.

What has happened since? Have Swiss women been able to take their rightful place in national politics over the past 50 years?

The most recent federal parliamentary elections, held in October 2019, went down in history as the “women’s” electionExternal link. More women than ever were elected to the two houses of parliament. With a proportion of 41.5% women in the House of Representatives, the country now ranks 17th in a ranking of 191 states worldwide.

Several societal and political factors led to this success, such as the #MeToo movement and protests against the sexism of ex-United States President Donald Trump. In Switzerland, womens’ strikes and mounting climate change activism also led to more women being elected.

Click here to read the full article published by Swiss Info on 3 February 2021.