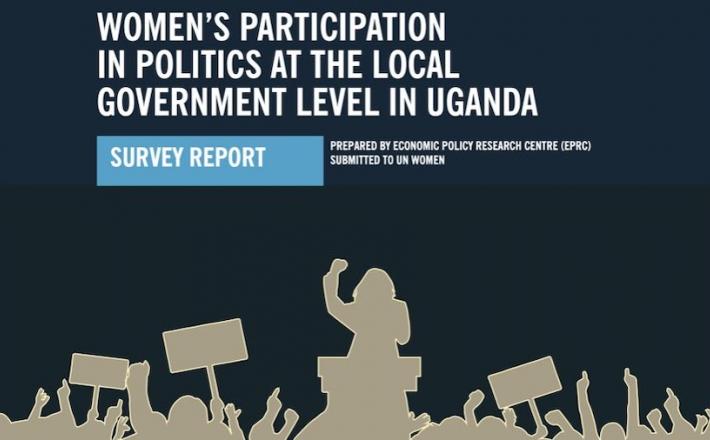 Uganda adopted the Sustainable Development Goals (SDGs) and was one of the first countries to integrate them into its National Development Plan. Under Goal 5, countries commit to promoting and guaranteeing women’s full and effective participation and equal opportunities for leadership at all levels of decision-making. This survey report is a follow-up of the baseline survey of women in local governments that was conducted by the Uganda Bureau of Statistics in 2017 and addresses three specific objectives:

1) To update and track progress towards attainment of gender parity in political representation at LG level;

2) To assess the extent to which women in LGs effectively contribute to local decision-making processes; and

3) To provide a deeper understanding of the factors that hinder elected women in LGs from effectively fulfilling their mandate.

The study was undertaken using Local Government (LG)’s election data from the Electoral Commission and survey data collected through key informant interviews with political leaders at the LG levels and focus group discussions with community people. The survey was conducted in Gulu, Nwoya, and Pader in the North; Napak, and Morotoin Karamoja sub-region; Pallisa and Bugiri in the East; and Kiryandongo in the West. Survey data was analysed using both quantitative (descriptive statistics) and qualitative techniques, which involved qualitative data from focus group discussions and open-ended survey responses from individual respondents was analysed through the following steps: transcribing the qualitative responses; pooling the transcribed responses from the various FGDs according to specific research questions; identifying the main ideas that occur in the answers to each question and creating themes; and writing narratives to describe the themes.