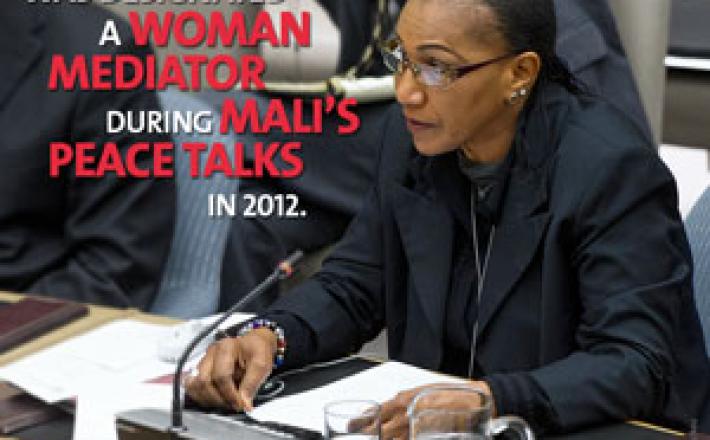 The stories of gang-rape, forced marriage and fathers being forced to rape their own daughters at gunpoint keep her awake at night. Saran Keïta Diakité has listened to countless women recount the atrocities that the people of her war-torn country (Mali) have endured at the hands of armed groups since a military coup d’état in March 2012.

In April 2012, she was one of only a handful of women who took part in peace talks in Ouagadougou, Burkina Faso – as women have slowly been making inroads at peace talks around the world.

We invite our users to read the full article published on May 15th 2014 by UN Women.