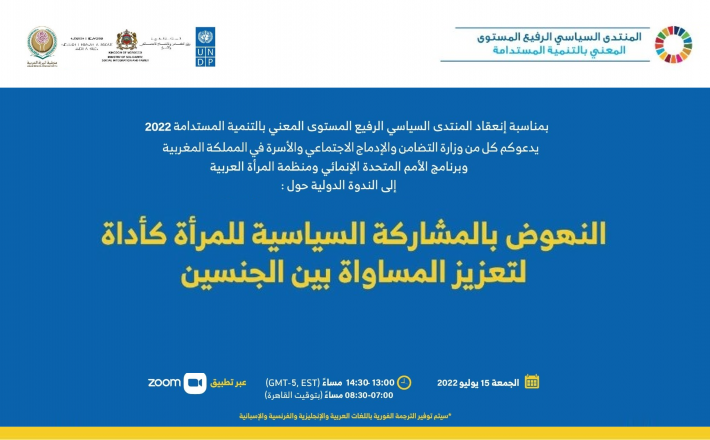 On the occasion of the High-Level Political Forum on Sustainable Development 2022, the Government of Morocco in partnership with the Arab Women Organization (AWO) and UNDP will co-host an event on “Advancing Women's Political Participation as a Tool to Enhance Gender Equality,” featuring a discussion on the state of women’s political participation and recommendations for rebuilding momentum to get the region back on track. Speakers include: