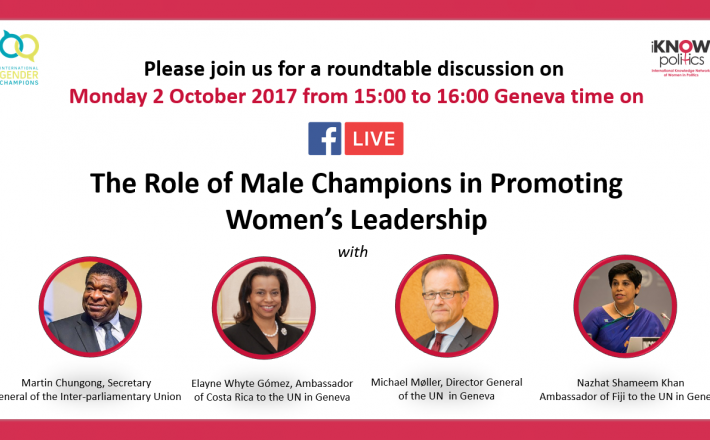 Co-organized by iKNOW Politics and International Gender Champions, this Facebook Live discussion will bring together a diverse panel of Geneva-based Gender Champions who will share their experiences and views on the role of male champions in promoting women’s political participation and leadership.

Along with iKNOW Politics and International Gender Champions’ current e-Discussion on this topic, this event is part of their efforts to promote an active and fruitful online dialogue on how men can be catalysts for enhancing women’s participation in politics with the goal of drawing out best practices and lessons learned.

Follow the iKNOW Politics Facebook page here to watch the discussion and interact with the panelists on Monday 2 October 2017 from 15:00 to 16:00 Geneva time.