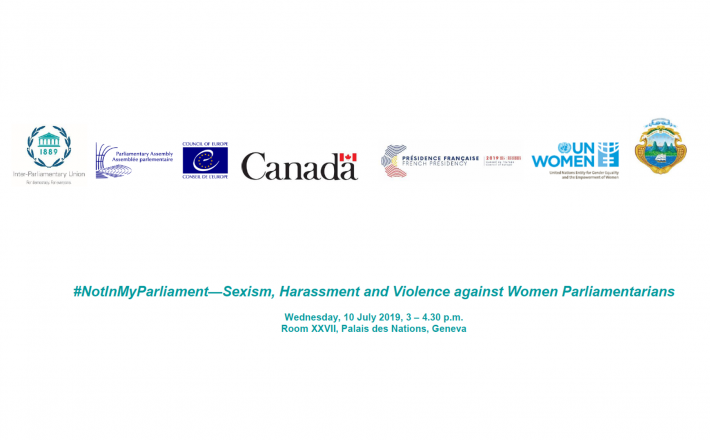 Violence against women is one of the most widespread human rights violations, and the world of politics is also affected by this scourge. As in other sectors, violence against women in politics has been tolerated and normalised for too long. It can take many forms, including harassment, sexist remarks and attitudes or physical violence. A joint study of the Inter-Parliamentary Union (IPU)/ Parliamentary Assembly of the Council of Europe (PACE) released in 2018 revealed that more than 85% of women parliamentarians interviewed had experienced psychological violence, and among them more than 46% had received threats of death, rape or beatings during their parliamentary term and more than 67% been subject to sexist remarks. These Europe-wide figures confirm those obtained in the framework of the IPU global study conducted with women MPs from all regions of the world in 2016.

You are invited to join this side event on the occasion of the 41st session of the Human Rights Council, organised by the Parliamentary Assembly of the Council of Europe, the Inter-Parliamentary Union, UN Women, Permanent Missions of Canada and Costa Rica to the UN and the French Presidency of the Committee of Ministers of the Council of Europe to take stock of ongoing legal and policy initiatives to end violence against women in politics and to share experiences and lessons learned from their implementation. The event also aims to strengthen partnerships at global, regional and national levels, as well as to increase the impact of the work and efforts in this area.