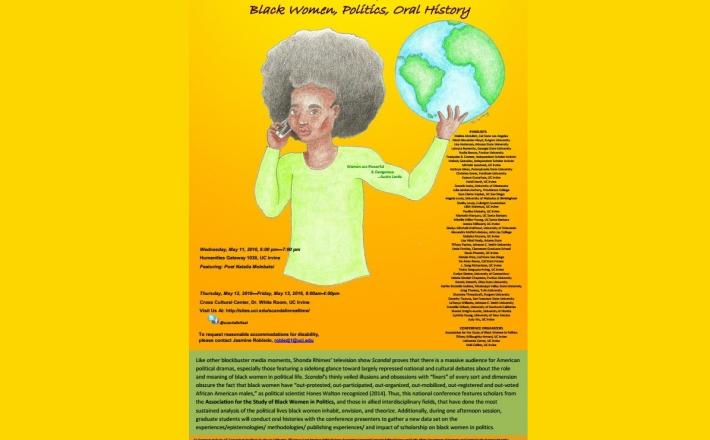 Like other blockbuster media moments, Shonda Rhimes' television show Scandal proves there is a massive audience for American political dramas, especially those featuring a sidelong glance toward largely repressed national and cultural debates about the role and meaning of black women in political life. Scandal's thinly veiled illusions and obsessions with "fixers" of every sort and dimension obscure the fact that black women have "out-protested, out-participated, out-organized, out-mobilized, out-registered, and out-voted African American males," as political scientist Hanes Walton recognized (2014). Thus, this national conference features scholars from the Association for the Study of Black Women in Politics, and those in allied interdisciniplinary fields, that have done the most sustained analysis of the political lives black women inhabit, envision, and theorize. Additionally, during one afternoon session, graduate students will conduct oral histories with the conference presenters to gather a new data on the experiences/ epistemologies/ methodologies/ publishing experiences/ and impact of scholarship on black women in politics.