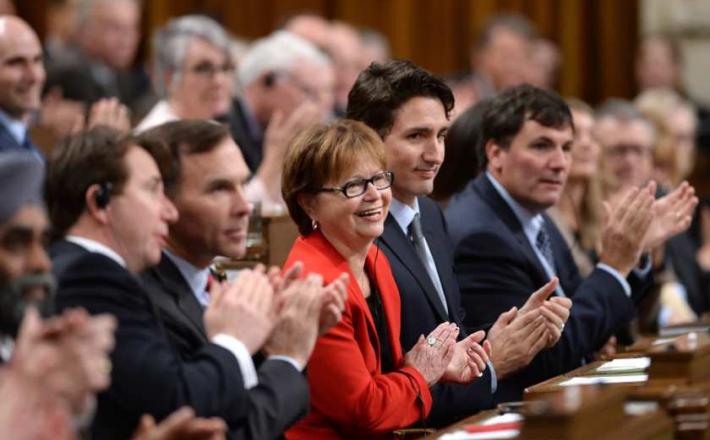 After widespread celebrations of Canada’s parity government, led by Prime Minister Justin Trudeau with 15 men and 15 women, first gender criticisms are currently emerging. Thus, Glen McGregor, journalist at the newspaper Ottawa Citizen wrote recently ‘Female ministers in Prime Minister Justin Trudeau’s cabinet fielded fewer than half as many questions as their male colleagues in the House of Commons in December’. The article continues with a detailed description of this unequal participation between women and men in the government, showing that women in cabinet responded 46 times to the opposition during the first week of the new Parliament, while men did that 98 times instead, excluding Trudeau’s replies. The full article can be accessed following this link.