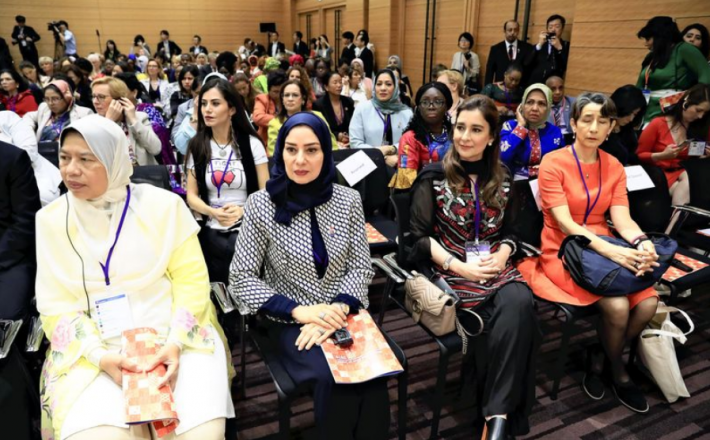 Why hasn’t Japan been able to eliminate the perception that politics is a man’s world? Gender equality, women’s active participation in the workplace and female empowerment have taken root in society, but women’s participation in the all-important realm of politics remains sluggish. Is the problem structural or related to how society thinks? The election campaign for the House of Councillors that began on Thursday offers a good opportunity to explore issues related to women and politics.

On June 26, Iceland’s former interior minister Hanna Birna Kristjansdottir stood before a large group of female politicians from around the world in the Members’ Office Building of the lower house in Tokyo. She announced it would take more than 200 years to achieve an equal number of male and female politicians at the current rate, before adding, “No thank you!”

As the room filled with thunderous applause, another participant shouted in response: “We must change the world with our actions!”

The setting was the Women Political Leaders Summit, which was being held in Asia for the first time. More than 300 people from about 80 countries participated, including many elected representatives.

The upper house election is the first nationwide Diet election since the Law on Promotion of Gender Equality in the Political Field came into effect in May last year. The law requires political parties to aim for equality in the number of male and female candidates in public elections.

According to a survey by the Inter-Parliamentary Union, an organization of parliaments worldwide, female parliamentarians outnumbered men in Rwanda (No. 1 at 61.3 percent), Cuba and Bolivia as of Feb. 1. Japan ranked 165th among the 193 countries surveyed, with women comprising only 10.1 percent of the lower house. Japan was dead last among the 36 countries of the Organization for Economic Cooperation and Development. “Japan must work harder to increase the number of female lawmakers,” said a representative from Romania who took part in the leaders summit.

Click here to read the full article published by The Japan News on 8 July 2019.